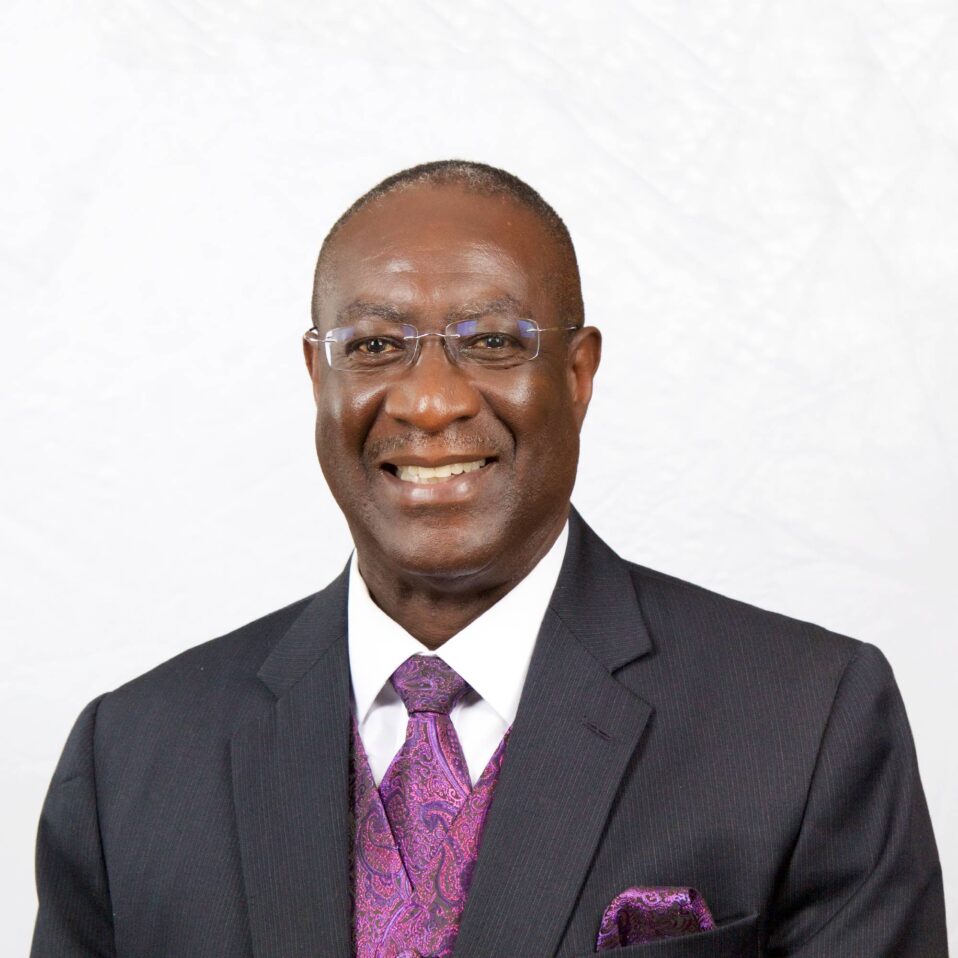 Mr. James Wilson J.P will always greet you with “Hello, I’m James”. Managing Director of Downes & Wilson Funeral Home, Mr. Wilson often referred to as Mr. Downes is married to Hyacinth Wilson and they are the proud parents of Dean Wilson.

The holder of a Bachelor of Science Degree in Community Mental Health Science from the New York Institute of Technology, and having completed his studies at the American Academy McAllister Institute of Mortuary Science, Mr. Wilson commenced his career at Benta’s Funeral Home one of the most prestigious Black institutions in Harlem, USA. His relationship with the principals of this venerable organization exists to this day where his son Dean is employed as a Funeral Director.

Always one for instigating innovation, Mr. Wilson was the first to display caskets at BMEX in June of 1984. His enthusiasm for people and his profession has not waned, primarily because of the encouragement and practical support of his family, staff and the appreciation of the client families he serves.

Many Barbadians families, both here and abroad, place the dignity of their final moments with their loved ones in the capable hands of the Family of Downes & Wilson Funeral Home.

His low tolerance for tardiness, his punctuality, professionalism, integrity and embracing personal style is admired by those with whom he comes into contact. As an avid supporter of the Arts, James Wilson can be spotted at most local events sporting his immaculate, colourful jackets and endearing smile. His wit is unexpected, his conversations animated and his ever-present phone camera on the ready.

The leading force since 2015, in advocating the singing of the National Anthem of Barbados at national events and ceremonies rather than the playing of recorded music, Mr. Wilson garnered the support of Mr. Irving Burgie, the writer of lyrics to the National Anthem of Barbados and a number of schools who showed their solidarity by taking part in the #246anthem Initiative.

Besides his exceptional business acumen, Mr. Wilson has a well-kept secret of being a talented guitarist. James was the Manager and Lead Guitarist with the group ‘The Fantastics’ where he performed with his brother Lloyd Wilson Jr, Harold Lashley, Ronnie Cumberbatch, Fern Trail and Rudy Boyce; he recorded with Micky Dee, Johnny Braff, Mark Holder