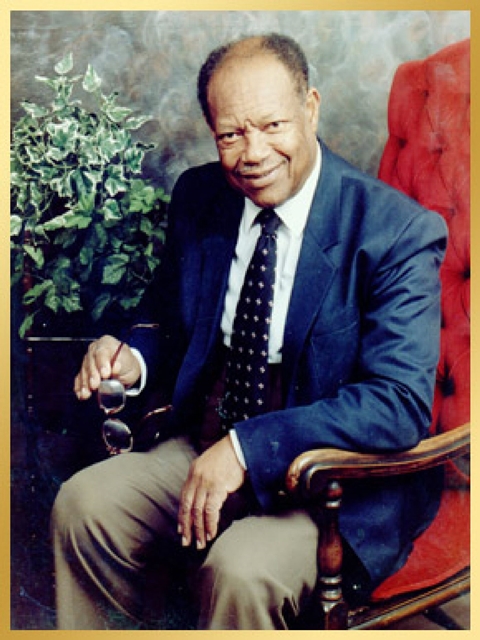 THE DADDY WE KNEW

Life is short. The time we have known and been exposed to Lloyd Wilson has been a privilege. We, his immediate family, have reflected on the “Daddy” we know, in order to highlight a few prominent images and suggest concrete ways in which this privilege may be honored.

One immediate image of “The Daddy We Knew” is that he was always in charge. If he walked into a room, or our house, there was no doubt that he was in charge. Even the way he carried himself suggested that Daddy was in charge. I vividly recall, as an example, Daddy walking into the business of a colleague and, in front of the staff, immediately instructing the owner on how he should be running his business.

“The Daddy We Knew” had strong views. Be they about politics, social issues, or personal finance, Daddy had very strong views, and he was proud of his views. If you disagreed, that was your problem.

One perspective of “The Daddy We Knew” of which you might not be aware is that the old saying “behind every successful man there is a woman” is true. Daddy could not have done it without Mum. We know that the humble but sound role Mum played as wife and mother of Markly, James, Megan, Lloyd, Roslyn, Andrew and Adrian was crucial to Daddy’s success, from the time he was in the stamp collecting business to being agent for the cruise ship company, his business in Tudor Street, Swan Street and beyond. In fact, we men need to acknowledge more, the vital role that women play in ensuring our success.

“The Daddy We Knew” never forgot those who helped him. He would always point out individuals who helped him by giving him advice, lending him money or demonstrating confidence in him. Not only did he remind us of their support, but he also ensured that it was repaid many times over; in some cases, he was doing the same for their grandchildren.

“The Daddy We Knew” always looked out for this family. In fact, it was the motivation to provide for his family that fueled the drive to his business success. He would often boast that, while others would buy fancy cars and houses, he would be saving his money to give us a good education. Few Barbadian teenagers in the 60’s had the privilege of going to a British boarding school. We did. Daddy’s help for his family was not limited to his children; he provided valuable support for his brothers, sisters and their children.

During the brief period of viewing yesterday, I noticed your comments. You said:

“He was a good businessman”
“When ever he saw me, he would give me a hug”
“He was honest and he always spoke his mind”
“He helped me become independent”
“He spoke to everybody, rich or poor”
“He was ahead of his time”
“He carried my mother to England”
“He was there for me”
“He encouraged me to get an education”

Each of these statements can be substantiated with your own stories. Each view represents the quality of his character, and, in some cases, over fifty years of consistent exposure to the Lloyd or Mr. Wilson You Knew.

One point on which we would all agree is that, he was no a no nonsense man. Daddy had no patience with fluff. He liked and took positive action. This leads to two suggestions on how you may honor his memory. Firstly, think of one good thing which Daddy did and for which you have the resources to replicate. Do it! If you repeat one single good Lloyd Wilson act, be it sending Christmas cards, identifying someone who needs advice and giving it, sending a helpful clipping, giving harsh criticism when it is needed, or buying and consistently distributing Friendship Books. Honoring his memory by replicating one single good act will make him smile.

Life is short, and the time we have been exposed to Lloyd Wilson has been a privilege. We, his immediate family, intend to see that his priorities and requests are carried out. Honor him not only by talking about the good memories, but also by taking actions, and with this, his living will not be in vain.