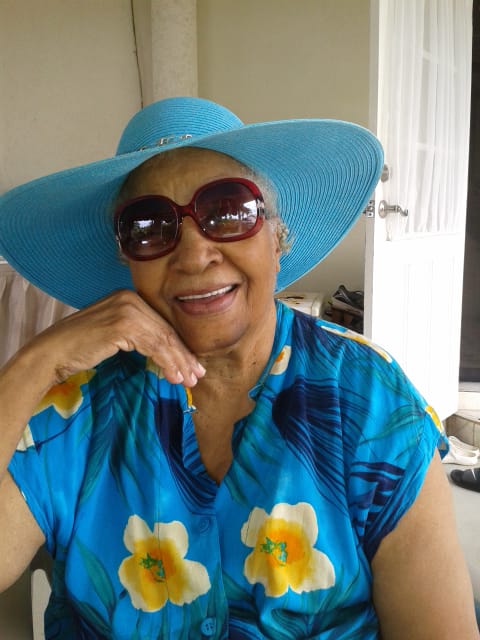 Great Aunt of many;

Cousin of Angela, Ricky and Michael Lythcott (UK), the late Alfred Greenidge and several others;

The funeral of the late Gloria Avondah Lythcott nèe Jemmott leaves Downes and Wilson Funeral Home Eagle Hall, St. Michael, on Tuesday, September 17, 2019 at noon for the Breath of Life Seventh Day Adventist Church, White Hall, St. Michael where relatives and friends are asked to meet at 1:30 p.m. for the service.  The funeral will then proceed to the Westbury cemetery for the interment. Mourning colours are optional.

Wreaths may be sent to Downes and Wilson Funeral Home no later than 11 a.m. on Tuesday, September 17, 2019.

Relatives and friends may pay their last respects at Downes and Wilson Funeral Home today Sunday, September 15, 2019 from 4 p.m. – 6 p.m.