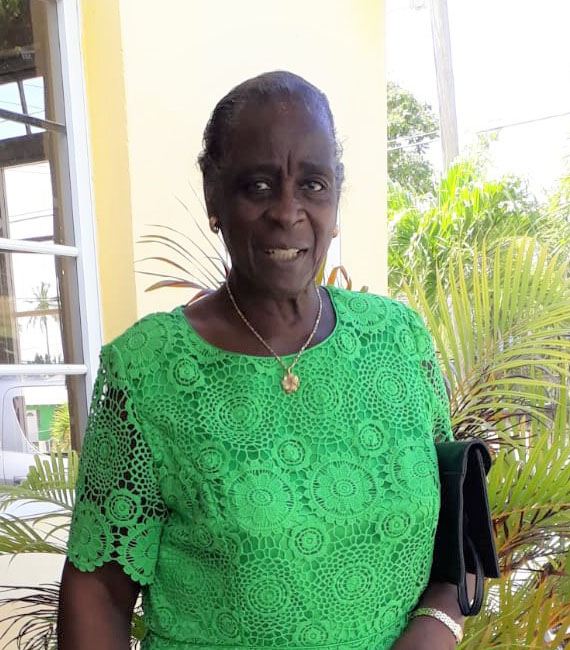 Daughter of the late Stanley and Cleo Harper;

Aunt of Reverend Catherine Harper (Canada), Sophia Harper-Waithe, Wayne Harper; and Bentley Hunte, Anne and Earl Harper (all of the USA) and many others;

Great aunt of Calvin Husbands and many others;

Sister-in-law of Lestine and Adeline Harper;

Relative of the Blenman and Walcott families;

The funeral of the late Vida Eudora Ramsey takes place on Saturday, December 12, 2020 at 10 a.m. at Western Light Church of the Nazarene, Oxnards, St. James; followed by the interment at the Westbury Cemetery. A donation for the upkeep of the Church will be collected.

The Organist is kindly asked to attend. Wreaths may be sent to Downes and Wilson Funeral Home, Eagle Hall, St Michael no later than 7 a.m. on Saturday, December 12, 2020.

Live streaming may be viewed at https://eternally-cherished.online/VidaRamsey

Relatives and friends may pay their last respects at Westmoreland Church of the Nazarene, Westmoreland, St. James on Friday, December 11, 2020 from 4 p.m. to 6 p.m.

Condolences may be sent to www.downesandwilson.com