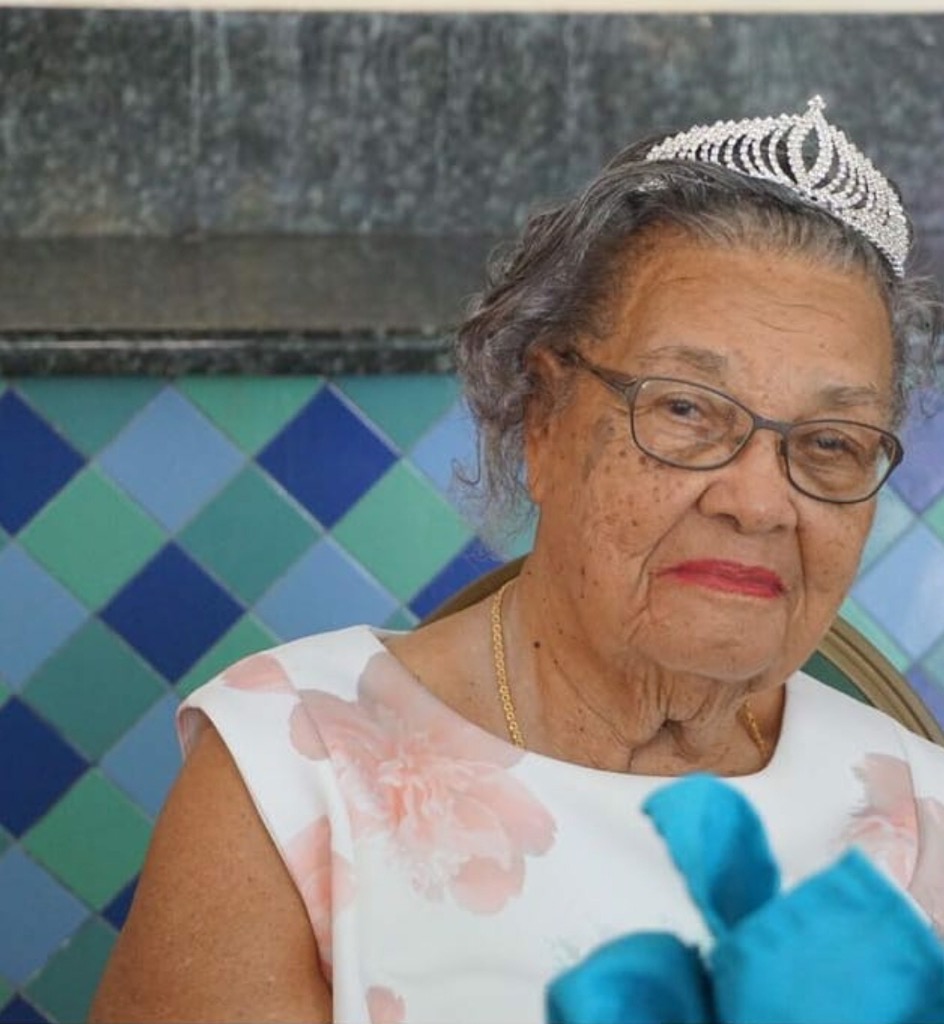 Daughter of the late Miriam Cumberbatch and Lloyd Thomas;

Great grandmother of Mikhael Joseph Atkinson (USA) and 19 others;

Aunt of Eric, Beverley, Adrian, Ainsley Cumberbatch and many others;

Great aunt of Toni, Tracy, Renee, Justin and many others;

Godmother of Joy McLean N.Y, Diana Howell and several others;

Friend of the Pilgrim family and Joel Atkinson (USA), Michael Morris, Shirley Howell, Ilya Brathwaite and many others.

The funeral of the late Enid Adale Gulstone leaves Downes & Wilson Funeral Home, Eagle Hall, St. Michael on Saturday, February 22, 2020 at 1:30 pm for St. Leonard’s Anglican Church, Westbury Road, St. Michael where relatives and friends are asked to meet at 3 p.m. for the service; followed by the interment in the Churchyard.

The Organist and members of the Church Choir are kindly asked to attend. Wreaths may be sent to Downes & Wilson Funeral Home Eagle Hall, St. Michael, on Saturday February 22, 2020 no later than noon.