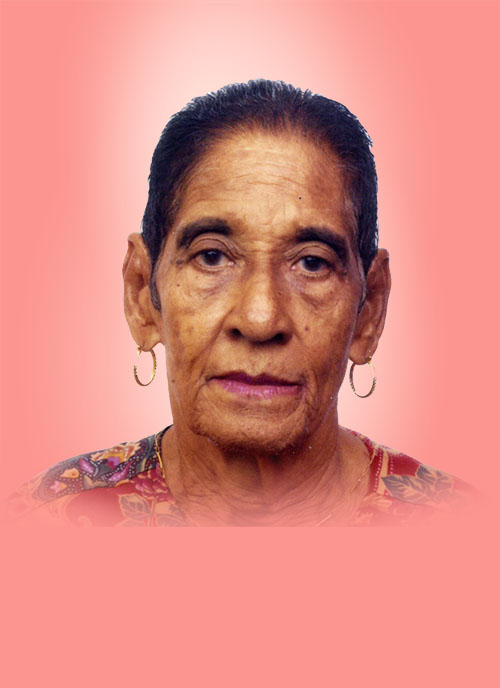 Daughter of the late Stanley and Cammie John (St. Lucia);

Sister-in-law of Elvin Naitram and the late Ulric Reece;

Friend of Jacqueline Brathwaite and many others.

The funeral for the late Lucita Richards-Ward leaves Downes and Wilson Funeral Home, Eagle Hall, St. Michael on Thursday, September 2, 2021 for St Patrick’s Roman Catholic Cathedral, Jemmott’s Lane, St. Michael where invited relatives and friends are asked to meet at 10 a.m. for the Service of Thanksgiving; followed by interment at the Coral Ridge Memorial Gardens. No mourning colours by special request.

The Organist is kindly asked to attend. Instead of wreaths, stem roses in red, white, pink or yellow combined with ferns, may be sent to Downes and Wilson Funeral Home on Thursday, September 2, 2021 no later than 7 a.m.

Relatives and friends may pay their last respects at Downes and Wilson Funeral Home today, Wednesday, September 1, 2021 from 4 p.m. – 6 p.m.